Automat came from a writing class. The instructor had us choose a photo postcard from a face-down pile, then gave us ten minutes to crank out a descriptive passage. The image I ended up with was Edward Hopper’s Automat.

She shuffled into the bus-station diner, half dragging, half carrying a soft suitcase. It bulged dangerously at the sides, and cloth was visible through the zipper in two places. I wondered if it weighed more than the girl.

She was small, but pretty, even in the harsh light here. Water dripped from her saffron rain hat, leaving twinkling trails down her emerald coat, and darkening the fur at her collar and wrist. There was more moisture on her face, but she was too far away to see if it was rain or tears. Judging from the puffiness under the heavy makeup on her left cheek, I voted for tears.

After fifteen years working the night trick here, I had learned how to read people, or so I thought. My wife proved me wrong on that count, but nobody’s perfect, right? I knew this one was running, but which way?

She wrestled the bag under her chair, then slowly collapsed in the seat. She spent her last bit of energy on pulling off one glove, then slumped back against the chair. She barely budged as Rosie slipped a coffee cup in front of her, filled it, and left creamer and sugar. Rosie had been here longer than I had, and her reactions confirmed my guess about our midnight customer.

She wrinkled her nose as the door opened, letting diesel exhaust flood in to mingle with the grease and cigarette smoke and other odors. Her skin was just this side of pasty, like she could use a week or so at the beach. She looked like she was old money, and tired of it. The shoes and gloves looked Gucci, and even soaked and floppy, her hat looked like it cost more than I’d make this week. What I could see of a maroon dress looked proper, and just as expensive as the rest of her outfit.

The suitcase didn’t match everything else, though. It looked more like a Civil War-era carpetbag than something old money would carry. I hoped the sharks missed this one. 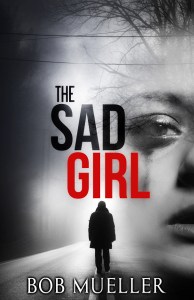